Attorney Nick Frost has been practicing law since 2018 after completing both his undergraduate and law degrees at Duquesne University. Over the span of his legal career, he has chosen to focus his work in the area of helping injured people get the help they need and deserve.

Following graduation from law school, Nicholas clerked for a year for the Honorable Linda Rovder Fleming in the Cambria County Court of Common Pleas before gaining experience with Pennsylvania workers’ compensation at a local defense firm and social security disability at a national law firm. Nicholas joined the Law Offices of Hall & Copetas in May of 2021.

Nicholas is admitted to practice law in Pennsylvania – 2018. 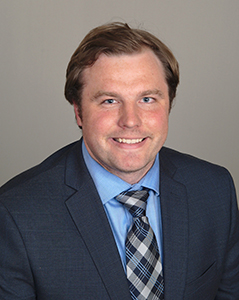