The Bureau of Labor Statistics reports that there were more than 70,000 on-the-job shoulder injuries in 2016. Truck drivers in Pennsylvania may be especially vulnerable to shoulder injury when lowering or raising their trailers, a task known as cranking. A study published by the journal Applied Ergonomics on Oct. 3 examined the technique of 12… END_OF_DOCUMENT_TOKEN_TO_BE_REPLACED

In certain cases, OHSA is allowed to use drones to assist in investigations that take place in Pennsylvania and other states. However, contractors have many different concerns related to this practice. For instance, there may be many different employers working on a construction site. OSHA requires that an employer give permission before a drone is… END_OF_DOCUMENT_TOKEN_TO_BE_REPLACED

Just about everyone with a driver’s license has gotten behind the wheel after not getting enough sleep. With the fast pace of life in this technological world, sleep may feel like a luxury. You may realize that it’s not the safest way to drive, but you figure that you aren’t far from your destination, so… END_OF_DOCUMENT_TOKEN_TO_BE_REPLACED

A majority of the contract workers who die in electrocution accidents are construction workers. This was the conclusion of the National Fire Protection Association after researchers studied U.S. Bureau of Labor Statistics data on electrocution deaths from 2012 to 2016. Contract workers in Pennsylvania, whether self-employed or not, should know that they composed 13 percent… END_OF_DOCUMENT_TOKEN_TO_BE_REPLACED 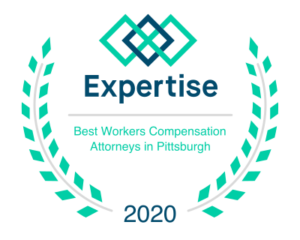